I really appreciate what the folks at TCPIPUTILS.COM provide. They allow for Geo-IP location and domain WHoIs Services, as well as multiple email and networking troubleshooting or research tools. They are unmatched. If a web firewall log or alerts shows questionable behavior emanating from a certain IP address or domain, then this website can be very useful in locating the general source of the IP.

Of course, the service is free unless more extensive services are needed. I may actually take them on this, as this service is well worth it. But for now, the free or basics are sufficient, especially for my petite, humble website.

I received 10+ email alerts that 103.219.194.18 was trying to possibly brute force its way into my WordPress login page. This is very unusual! Interestingly, it was using ‘ADMINS’ as the username – plural? Ok, whatever. But I was able to check this IP on TcpIpUtils.Com and determine the IP is from Hong Kong. I quickly put the block on the IP within my other security software plug-in [WordFence].

A visit to the website is fine, or your can put the IP directly into your web browser, like this:

This is what it crunches within 1 or 2 seconds.

Yikes – Multi-vector and SPEED:  ‘a DDoS attack against an unnamed European media organization that peaked at 363G bps (bits per second)’. That ‘G’ is not a typo.

Interesting piece on the latest Windows Phones. Microsoft continues to struggle in finding their place in the smart phone world. It is too bad, because personally, I think they are fantastic overall.

Announced in October 2015, and released a month later, the Lumia 950 and Lumia 950 XL smartphones have not set the world alight. The first ‘out of the box’ Windows 10 powered smartphones occupy a curious pivot point in Microsoft’s plans. What do they tell us about the direction of Microsoft and how it will approach mobile in 2016?

Between them they represent the end of a line of smartphones that stretches back to Nokia’s 2011 decision to go with Windows Phone rather than Android, They also represent Microsoft’s future attitudes to smartphones as a single element of a wide range of Windows 10 powered devices all living on the same code-base, all sharing information, applications, and data, through Microsoft’s cloud-based services.

The two handsets build on past glories, and point the way towards a potential future. Unfortunately it is a very unclear future. With CEO Satya Nadella focusing on Microsoft’s software and cloud services it means that much of the functionality that made Windows Phone a commendable choice in the past is no longer exclusive to the Lumia handsets. You can run Microsoft’s cloud services on iOS and Android easily, and in terms of process and workflow there’s little difference between Windows, Android, and iOS.”

Is it me or is the ‘Google’ on the  search page much bigger than it used to be? I thought my browser window had been ‘zoomed’ to about 125% or similar. But it turns out, this is their new super-sized word logo ;> It takes getting used to, if you ask me.

But it does get them NOTICED, that much is certain. 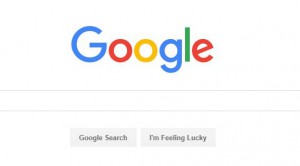 Interesting, albeit a bit weird – Google will change its name to … ALPHABET. Ok, then.

Yahoo is reporting the Microsoft plan to truly boost Surface Pro 4 power specs. It looks like it may be delayed a bit, but will be a force to reckon with, if specs are of importance.

“The device is supposed to pack some serious high-end specs, according to Venture Capital Post, including two size options (12-inch and 14-inch) with 2K resolution displays, Intel Core i5 and Core i7 processor options, 16GB of RAM and a stylus. However, these specs are yet to be confirmed.

Actual pricing details for Microsoft’s rumored laptops isn’t available at this time, but the Surface Pro 4 should be more expensive than the recently unveiled Surface 3.

A few days ago, Microsoft quietly announced the Surface 3, a 10.1-inch Windows tablet that costs just $499 and will be upgradeable to Windows 10 later this year.

A fall release for the Surface Pro 4 would likely mean a launch in line with Apple’s new iPads. In fact, Apple is rumored to launch a larger iPad of its own, the 12-inch iPad Pro, which might compete directly against Microsoft’s Surface Pro line.”

This is tricky – I have the RSS feed from my Google blog on the right side (at least as of Dec 2014), but it’s too much of a  … dichotomy. Methinks it’s time to migrate all Google Blogspot posts over here!

I just received this email from Microsoft:

“We’re excited to announce that you can now upload files up to 10 GB from desktop, mobile, and the web! Our goal with OneDrive is to provide a single place for all your files, and we don’t want you to be limited by file size.

Thanks,
The OneDrive Team”

If you do not know what it is, “OneDrive” used to be “SkyDrive”, and it is a Microsoft Cloud based storage area. You can upload pictures, videos, files to OneDrive either as your main working space (as opposed to saving to the Desktop, for example) or it can be a backup area. Either way, this is free disk space essentially …

Well, we all have our app favorites. I admit that I am not an App fanatic per se, neither for my Windows Lumia 1020 nor for my new ASUS Windows 8 home laptop. I use the major Social Media Apps, like Twitter, Facebook, LinkedIn and a few others. I use a few camera Apps for the awesome 41 Megapixel Camera on on my Lumia 1020. I like some news Apps, Musixmatch (better than Shazam, sorry!) and a few others, but my new favorite is a police scanner called ‘Police Scanner 5-0’. It has ‘police’ in the name, but also it covers fire + EMT. They cover a lot of areas in the USA and throughout the world. Sometimes you hear sirens in the distance and you just have to find out EMS, police or fire fighting information! Or you just tune in to a local service or elsewhere for curiosity sake! Great fun.

The Windows App is here:

I had a Remote Desktop stumper recently. My company has people all over the United States accessing some of our servers and services over the Internet. They log in with their Windows accounts and get busy on a few work applications. People really like the printer redirection functionality in MS Remote Desktop Services (RDS). This allows for printing from an RDS session straight to their local office printer. So local PC printers and their drivers are virtually ‘installed’ or redirected from the RDS session back to the PC – this allows for printing a report or spreadsheet to your office printer in Texas from a server being accessed via RDS in California. Pretty cool!

But one day this functionality stopped. It was a busy day and the issue was not considered a top priority, but given medium level status. I checked a few PCs via remote support (using TeamViewer) and did not see anything wrong with the local printers. Employees could print from their PC to their printers. So I restarted the print spooler service on the RDS server. This did not resolve it. I scoured the logs, checked the application settings and it printing requirements. I noticed the administrator printers were not being redirected, i.e. were not showing whatsoever. Normally on an RDS session you can check the profile’s printer folder and see you PC’s redirected printers readily available.

It turns out there was a service that had suddenly stopped causing the trouble. I had never heard of this service, as seen in this image (screen shot after I started it):

I resolved this issue after having gone into the Services panel: this is a viable, quick way to be sure services are running – sort the columns by startup type, get to the Automatic services and be sure the critical ones are running. Once I started it the issue was resolved. I am not sure why it stopped and also I need to verify whether or not I got an automated alert on this from my monitoring application (and overlooked it?) or if it was not logged for some reason. I will fix that to be sure I get notified as I do with other issues.

But the service is running and employees are printing again and that is a good thing!